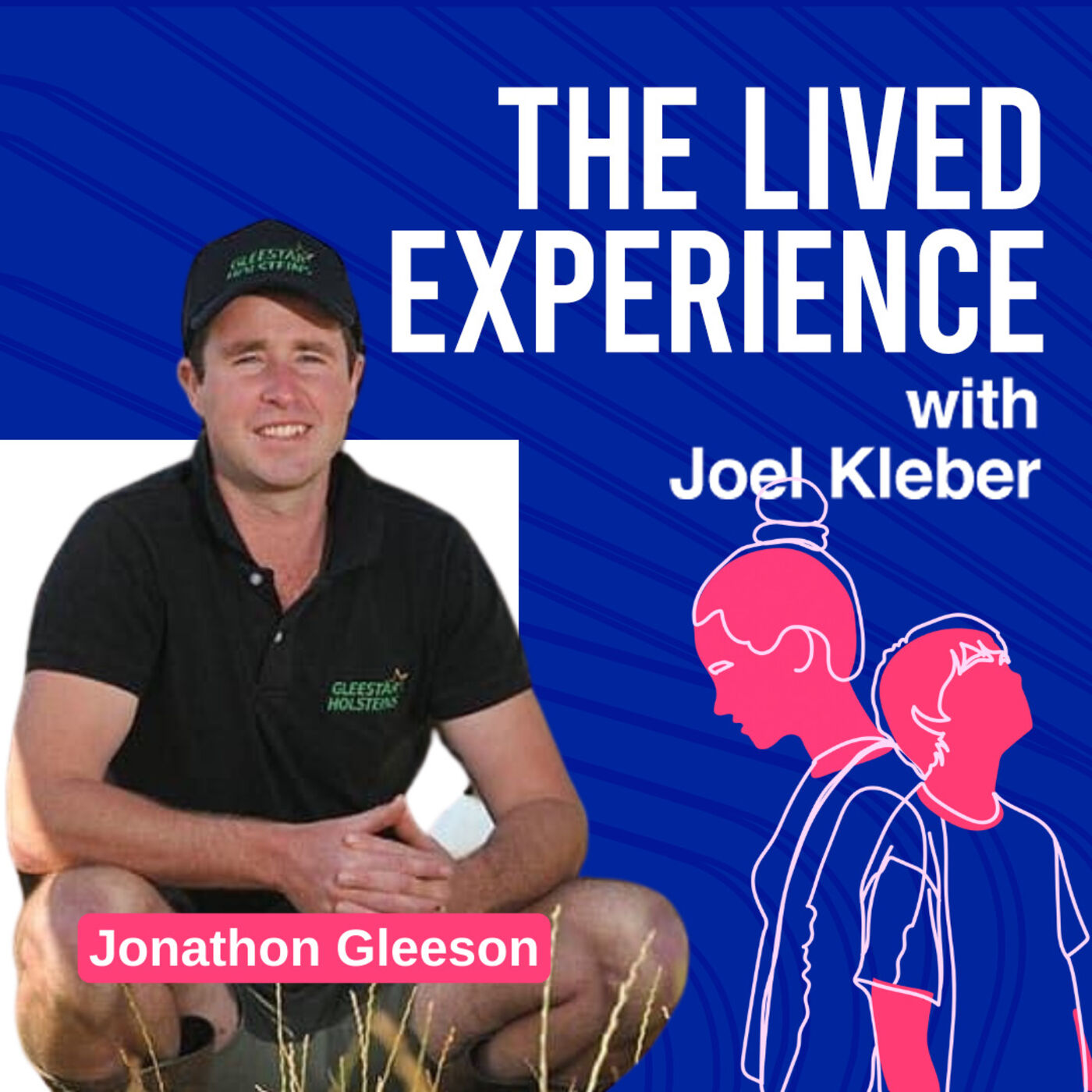 How to buy a dairy farm before you turn 30? | Interview with Jonathon Gleeson |

In this episode, I speak to Jonathon Gleeson who is a dairy farmer in South West Victoria and has achieved purchasing a dairy farm by age 30 with no assistance, which is a remarkable achievement.

Jonathon goes into detail about how he exactly did this and also the mindset that is required to do this. He gives some great advice around long-term goal-setting and having a vision.

I have always had an idea for a book called "Money Management with a Dairy Farmer" as they live on the edge and are great money managers which you will hear about in this episode.

We did do a video version of this podcast, however, the zoom connection played up so it is audio-only for this one. I hope to go down to his farm soon and film some video with Jonathon of this farm setup and also to capture some great advice on how you can achieve your dreams.

If you enjoyed this content, please make sure you leave a rating/review/subscribe and tell your friends.

Hi everyone, my name is Joel Kleber. I'm the host of the authentic combos podcast if you're wondering what it's about, it's about exactly that. As its title says it's about having authentic and genuine conversations with people from backgrounds such as business, sport, entrepreneurship, self development, and more importantly, people who work in the mental health space. It does have a mental health awareness focus because various topics which aren't really well known, however, I hope you do go to some previous episodes to learn more about the story about why I do this. So if you do enjoy the content, please make sure you subscribe, or you can hook up on social media by checking out the notes as well and checking me out on the authentic combos podcast. We'd love to hear from you any improvements in how to make it better. If you do me a favor, make sure you leave a rating and a review on wherever you leave your podcasts that will help me out as well. So I hope you enjoy this episode of the authentic combos podcast. Hi everyone, I'm with Jonathan Gleason who is a dairy farmer from selfless Victoria and at the age of 30. You're featured in the Herald sandwich I just googled before we will put the image up when my week and put it up there by the Barefoot investor. So if anyone doesn't know the Barefoot investor, probably the most popular I think the most popular book or downloaded book on Audible and Australia by Scott pipe. And he done a bit of a feature on you in the Herald Sun at the age of 30 was when you basically bought a fan base and some of the principles in you. Yeah, that's right. Yeah, yeah, well, actually 29 so

as far as a goal of mine ever farm Well, it's almost 30 so you know, March the 29th. So we'll get into that anymore. This has been a quick introduction. Yeah, the way so the job the way your passion for dairy come from? Yeah, well, I grew up on a dairy farm. And I suppose it just so happened to be that, um, you know, my mom was one of 11 and dad's one of eight. And I sort of grew up on you know, big family farms in Kalani and then selling Krause I just so happened that I'm probably smack back in there. On the edge. McRoy is where I actually grew up so um, yes like it's like those dairy farmer birdsong and grew up in dairy farm so that that's where it all started Joe I bet the industry that you've been in there Oh your whole life and you said it changed much over the years or has it has it has it changed as an industry i mean it's it's a bloody tough industry so and I suppose the last probably you know 10 years has been quite challenging and I suppose the issue is is that you know, dentistry that price takers so you know, we produce a product milk and you know, it's not as if we can store it or whatever so we pretty much yeah, we're price takers and whatever it is on for that year is what we get so I mean, and the industry is declining so and just because I think the margins have been so tight and it's just it's relentless it's bloody hard work

do it sorry to cut you off but I'll tell you one how it actually worked with the milk price because obviously lobby one understand that suppose you explained to me how it all works in regards to how you get paid or how that all happens. Yeah, so pretty much yeah how it works I suppose that it works in with the financial year so you know might be May or June whenever the fact you know there's probably you know seven or eight different milk process we can supply so you know, I'll come up with an opening price and then I suppose they can all pay sort of differently in a way so then you'll suppose you can go and you can get an income estimate often more and then I suppose you can pick the factor that you know probably going to suit you best for that year and you know, you go from there so you know there's some years where you get the meal price and depending on what the season and what some of your you know, your costs are going to be like Ryan or that you can sort of work out roughly I suppose what what you're hoping to make and some years it's tough luck you know, the problem is next few months I'm gonna bust myself for pretty much nothing so it's it's quite challenging and you got to you got to love it you're passionate to to do it. So yeah, writing something before I came, it was the Herald Sun but the lowest paid profession per hour or something was the dairy farmer or the farmers I think it was they work the most hours for the least amount of money. You took everything out into it. Yeah, that sounds weird.

But it's definitely a passion project. And I think that's the keys and everyone who does it loves it.

Pretty much Yeah, yeah. Yeah, exactly. Right. So how did you so how did you get to own a farm at the age of 29? Now you know, it's something that's obviously pretty unheard of so just won't go through the steps. I know it's gonna be a long story, but how did you go to actually own a farm in 2009? When you got people 29 years old, they probably looking at buying their first apartment or whatever it is, you know, you owned a farm at 29. So maybe you're talking about that and how did that come about? Yeah, so to go you know, right back to Australia to start I just, as a kid, mum always says, you know, go on to kingda or daycare, my favorite activity was chaos stamping. So I just always love cows and calves and you know, from a young age has always had helping dad. I suppose it must have been when I was he must leave it, you know, 11 or 12. And I always wanted my own car. So I was lucky enough. I had, you know, some very good dairy farmers that were the passionate man good with the breading, all that rosemary and pat right. 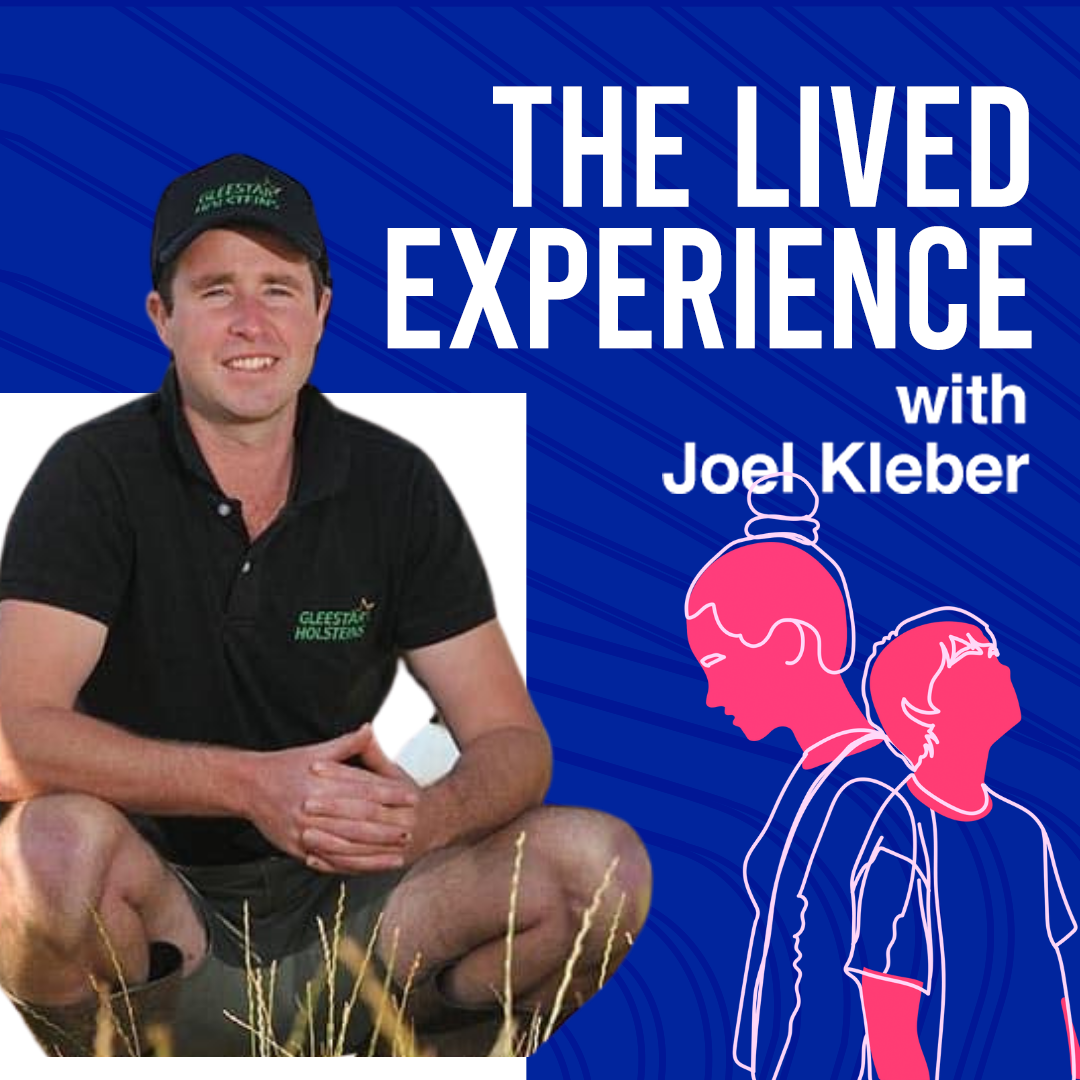 Jonathon Gleeson who is a dairy farmer in South West Victoria and has achieved purchasing a dairy farm by age 30 with no assistance, which is a remarkable achievement.

Jonathon goes into detail about how he exactly did this and also the mindset that is required to do this. He gives some great advice around long-term goal-setting and having a vision.