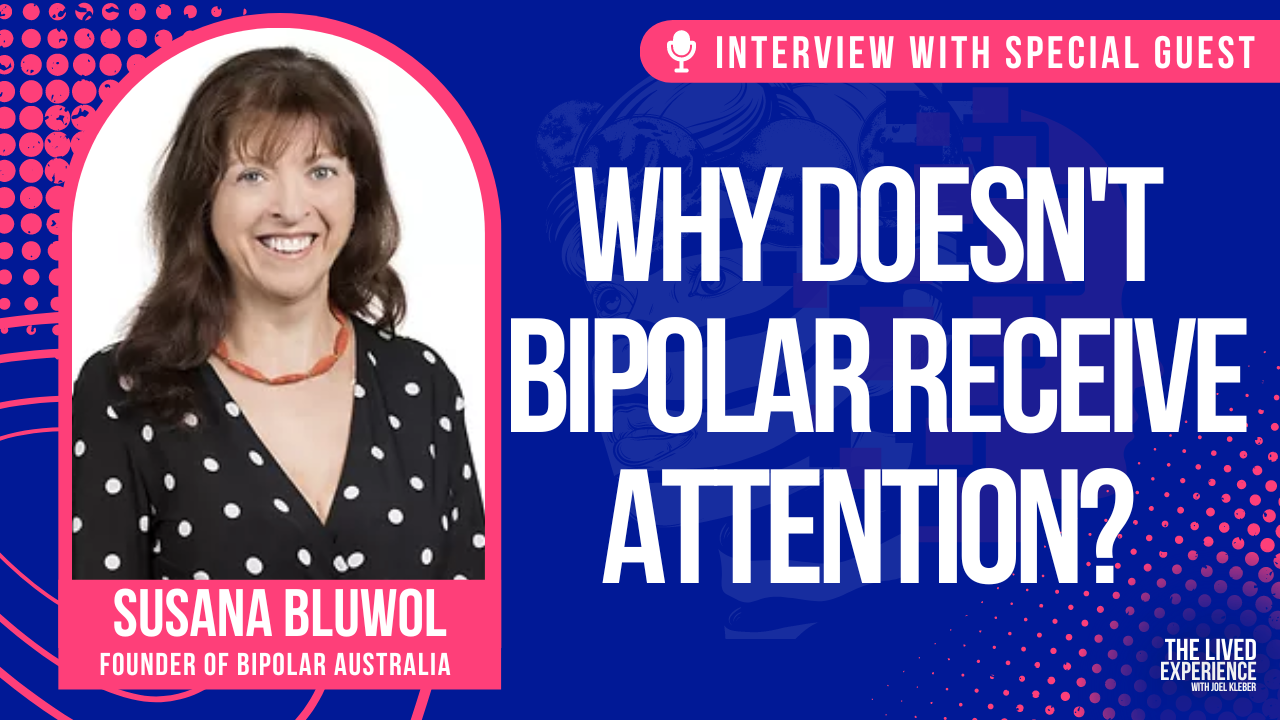 Susana Bluwol is the Founder and Executive Director of Bipolar Australia. Born in Argentina, Susana migrated to Australia in 1983. Diagnosed with bipolar disorder in 1996, Susana has always believed in the value of person-centered recovery models.

She has been the facilitator of the Ryde Bipolar Support Group since 2004 and founded Bipolar Australia in 2014 in conjunction with other members of this group.
​
Susana has a degree in Early Childhood Education and has previously worked with the National Consumers and Carers Forum, the Transcultural Mental Health CALD Reference Group, the Schizophrenia Fellowship’s Remind education program, and the National CALD Speakers Bureau, as well as appearing on SBS radio and SBS television.

JOEL: Why did you start Bipolar Australia?

SUSANA: I started bipolar Australia after many, many years that I personally was diagnosed—having bipolar disorder type one. And that was after I had some symptoms.

When I was studying, I was sent to the United States from Argentina as a scholarship student. And unfortunately, my four years study was cut short to four months. I became ill and mentally ill. And I became psychotic—unfortunately, in the United States at that stage they thought that anyone became psychotic have schizophrenia—and that was in the 1980s.

My Husband and I migrated to Australia; I had two beautiful children. And I worked in the field that I adored, which is early childhood and established two long daycare centers for two different councils.

Is the self-stigma and the society staying the same?

That's right, the self-stigma and the social stigma still exist, it is stopping people from reaching out for help.

They don't want to be what they call labeled. What I kept saying to people was, “look, the way we talk about bipolar is not a label because bipolar is a bunch of symptoms that someone might be showing that the psychiatrist, a psychologist, that person that cares for you, your colleagues, they all need to know and speak the same language to help you”.

I have had people of influence in our mental health departments, statewide and national life that have refuse to the word bipolar—they don't think they exist. They explain to people publicly, that bipolar only happens to people that they would traumatize when there were children. And that's what all the symptoms appear, that medication will not do much.

Not only the condition itself is not well understood. There are a lot of people around it. They have their own ideas, and everyone is free to have any idea and concept of the condition, but to influence others with their own opinion, when some people when they heard on TV, this person talking for an hour.

The people from the group. Five minutes later, they were on the phone with me, “Susanna, have you heard what you said? Should I stop taking the medications?” And I said, “Look, taking medications is still your choice. But don't do it. Now. Go and talk to your doctor. Ask the same question as he asked me because I cannot tell you, and then you make your own decision”.

But I was angry, very angry with that, because I can't say wrong because she believes in it. But it was affecting people that they were doing well with the plan and with whatever they were doing. And of course, who doesn't want to stop taking medications. No one loves it.

I have tried to explain to all those people that have different ideas, and they think that they can be very publicly defending a trend and alternative treatments—which I'm open to everything that is going to make a person feel well.

Music, therapy, painting, exercising anything because every person is different. It's you unique, the brain is unique. All the story that you will talk with your psychologist is unique.

Because there is one ingredient that we haven't been talking too much either, which is self-maintenance of the condition is not all about others is also about yourself.

How were you trying to get funds for Bipolar?

Unfortunately, when I talked to them, for instance, suicide prevention. I met the CEO before, and I knew that she was hoping to talk about the different reasons—why people suicide.

But when I met the new person, I explained to her that because bipolar is being researched and proved, etc., is the mental health condition that unfortunately, has the highest level of suicide, because the depression is such a major depression, that people cannot tolerate the pain and they feel freedom when they decide to suicide.

But what she said is, “are you sure, Suzanna? Because now they're saying that is not mental health”.

Altogether is missing, absolutely everything I was telling her. And not only that, but I also took my booklet with me. And I said, “Look, I just brought for you to have a look”.

At the end when she said, “Oh, take your booklet, I know that they cost a lot of money to produce, I don't think that we can help you in any way”.

If there is no dismissing what could be and is still the same philosophy. A year before they got $5 million to go around the country and ask the country, why people suicide.

And I said, “Are they kidding me? 25 years ago, I can play the CD, I was involved in the suicide prevention, begging people to do something, etc.—that was 25 years ago—And are you still studying that instead of putting that money to do something for a project or a or a plan that will save life?”

Now, I know they exist, because for three years, for instance, the one door mental health, it was all schizophrenia fellowship.

But in a way to be to continue to be funded. They couldn't be schizophrenia fellowship, they had to say that they covered everything, including everything, but that was only yet to get money.

They developed a project that it was called hospital to home. And it was run by peer support workers that developed a rapport with someone that most likely wouldn't go to a home or to someone when they got discharged.

So, they got to know each other they develop a rapport. At the time of discharge, this person made sure that the discharge person had a roof had meals. It was in Centrelink; it was set in a way it was settled and feeling more secure. And that was over three months.

This project was implemented for three years and there was no one person that participated in this project.

We did not have one suicide, no one kneel, that tells you that the follow up from this charging is a problem sometimes and many times.

For sure, it is to be said that the first six weeks are the mark sometimes to see if a person is going to really be well, on the outside or not. That's what the revolving door is that they are with the parents, and they see something strange, and the parent doesn't know what this person is doing back to hospital.

Instead of learning what to do, they can maybe with a person at home, give you the support they need, and only take the person to hospital if it's necessary.

So that's why we developed this book. With the help of back then of the commissioner in New South Wales Mental Health Commission. And he understood he said, “Where were you Susanna when my sister had bipolar? And we didn't know what to do with her”.

How can we see the signs of a person considering suicide?

Even a psychologist that I was working with, she told us the story of that she blamed herself, because one of the people that she was seeing regularly who never paid for the visit on the spot. And that one particular day he wanted to pay on the spot and told her that he paid all his debts and took the money from the bank and this and that.

The last thing she was considering was the next day he was going to take his life but all those were signs because they want to leave everything in order.

Some people are being training people from our life insurance companies. Because they get phone calls from the person that is considering taking their own lives, making sure that the wife will get the monies from the insurance if the family is going to be okay, etc.

So that warning. We were teaching the people how to ask directly to that person, if they were considering suicide, or have they had some suicidal ideations? Because some of the workers, they couldn't even say the word, let alone asking someone else.

When is it the turn of people with bipolar and schizophrenia to get the attention and the support they need?

The schizophrenia fellowship here in New South Wales was formed more than 35 years, I think. Because the CEO that was there for most of the time, he just resigned a few years ago—he was called to go to the town hall.

There were many people there. And they were all carers of people with schizophrenia, asking for help. That's how schizophrenia and fellowship started with support groups for people all over New South Wales and they still exist to provide them with information and support them and making sure that they are well to look after the person etc.
I did not understand why the same thing didn't happen with bipolar—Carers for bipolar. I don't think that they ever got together in any kind of format. To support the people. 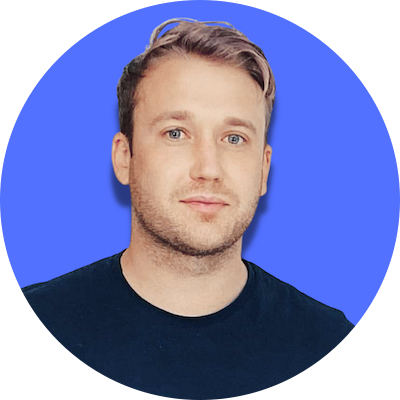 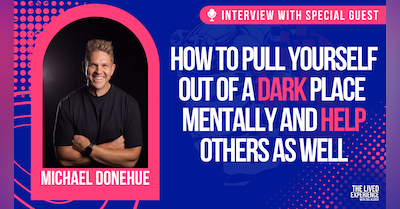 Interview with Michael Donehue about depression

Interview with Michael Donehue on the lived experience podcast with Joel Kleber speaking about his journey with depression and helping others. 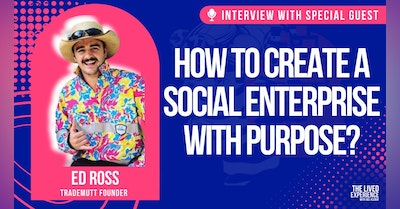 How to build a social enterprise that makes an impact with Ed Ross founder of Trademutt and TIACS on the lived experience podcast with Joel Kleber.