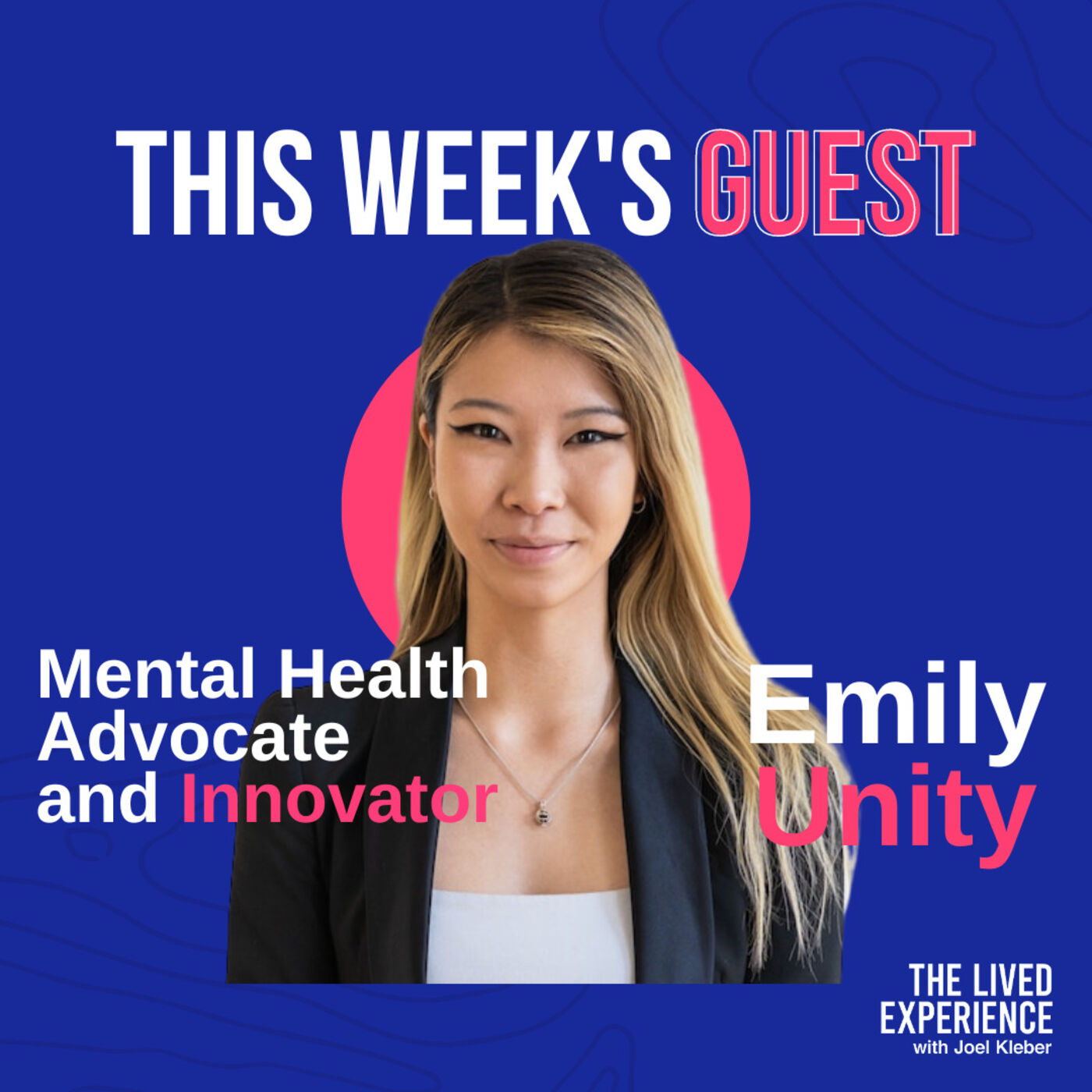 Interview with the most talented person I have ever met, Emily Unity!

Emily has over 14 years as a lived and living experience professional. They have a diverse portfolio focusing on diverse identities, including LGBTQIA+, multicultural, neurodiversity, and disability.

Their work has included media, policy, service design, training, research, workforce development, and government relations. They ground their work in peer values and their postgraduate in psychology.

Emily has won numerous awards in the mental health space and, in all seriousness, is probably the most accomplished person I have had the pleasure of interviewing.

Thank you to Emily for their time.

Welcome to the live experience. I'm your host Joel Kleber. On today's show, I have a really special guest and their name is Emily unity. Now I normally write a little bio, or normally get everyone's LinkedIn profile and describe that and read that out for you to know who they are. But with with Emily, that just will not do it justice. So please check out Emily youtube.com. For everything that I have achieved. It's quite astounding. Like when I looked up Emily and researched them a bit more. I just could not believe how much they have achieved. And it was just made me feel so inferior, to be honest. And I was just like, What the hell am I been doing for the last 34 years, and someone like me who has achieved so much it was, it's very inspiring to talk to someone like Emily, and just an amazing, amazing person. I think you get a lot out of today's interview as well. But please check out Emily unity.com. And a big thanks to Emily for sharing her story and lived experience, but also released another interview. This was this week or last week with Tara Stark, who was a lawyer, young carer as well, and also a director on the board, we set my foundation and Tara showed her story or background with apparently mount on us. And I think it's a really good and important story to hear. So please check that one out. If you do want to come on the show, I'm looking to talk to anyone and everyone and and your story is valuable. So please reach out to me via lived experience podcast.com I really do hope you enjoy today's episode. If you do, please consider leaving a review as well which you can do so via the platform you're listening to hope you enjoy it. And a big thanks again to Emily unity and check out Emily unity.com.

Thank you for listening to the entire interview if you made it to the end and a big thank you to Emily unity for their time, please check out Emily unity.com as well, to read up about everything Emily's achieved it's as I said, it's very amazing and very impressive person, I was very lucky to have their time to talk about their lived experience and everything from their perspective as well. Now, if you do like the show, please consider leaving a review online. Now if the audio is sounding better to you as well, today, I have actually figured out how to record with Adobe Audition better, especially during the post editing. So I've finally figured that out. So hopefully did sound better for you. I'm also on the lookout for someone to help me write a memoir. I'm trying to write my story down at the moment. And I just think trying to write it down has been very hard, but I just want to I just think I need to have some sort of PDF or some sort of book that I can share my story that will hopefully help others but also helped me try and spread the message a bit more and do some talking. He helps with the show role and stuff like that. So if you do have any experience writing memoirs, or no writer, please put them in touch with me as well at Joel kleber.com Until next week, guys, thank you for listening to the episode and I hope you enjoyed it.